The Inverted Peepal Tree of Investing 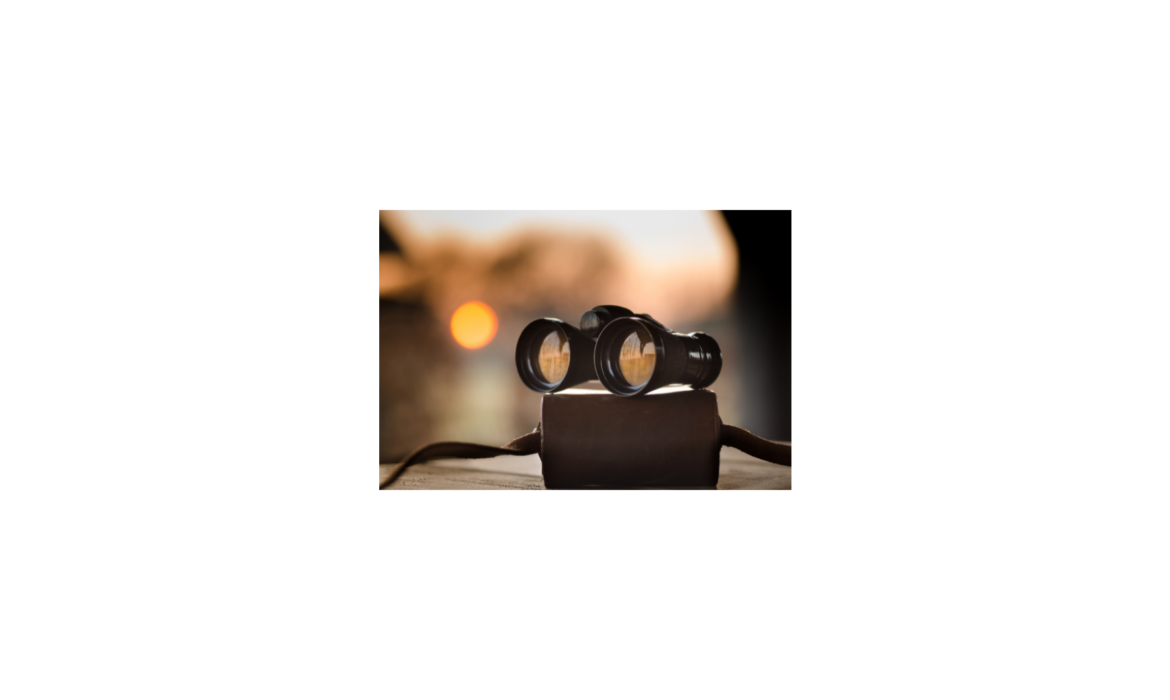 You may have read a lot about inversion in investing. But odds are high that you have not read this version. And something tells me that you might not agree with me here.

But first a real story. That happened a couple of days ago.

My 8 y/o came running all excited to show me his grade 3 homework notebook. He has been recently taught in school how to do division in maths.

He is good at maths and loves solving complex calculations in his head. Like, he doesn’t need a calculator or any pen/paper for solving 34X86.

Yeah, you read that right. Don’t reach out for the calculator now. I am not making it turn into a maths class. 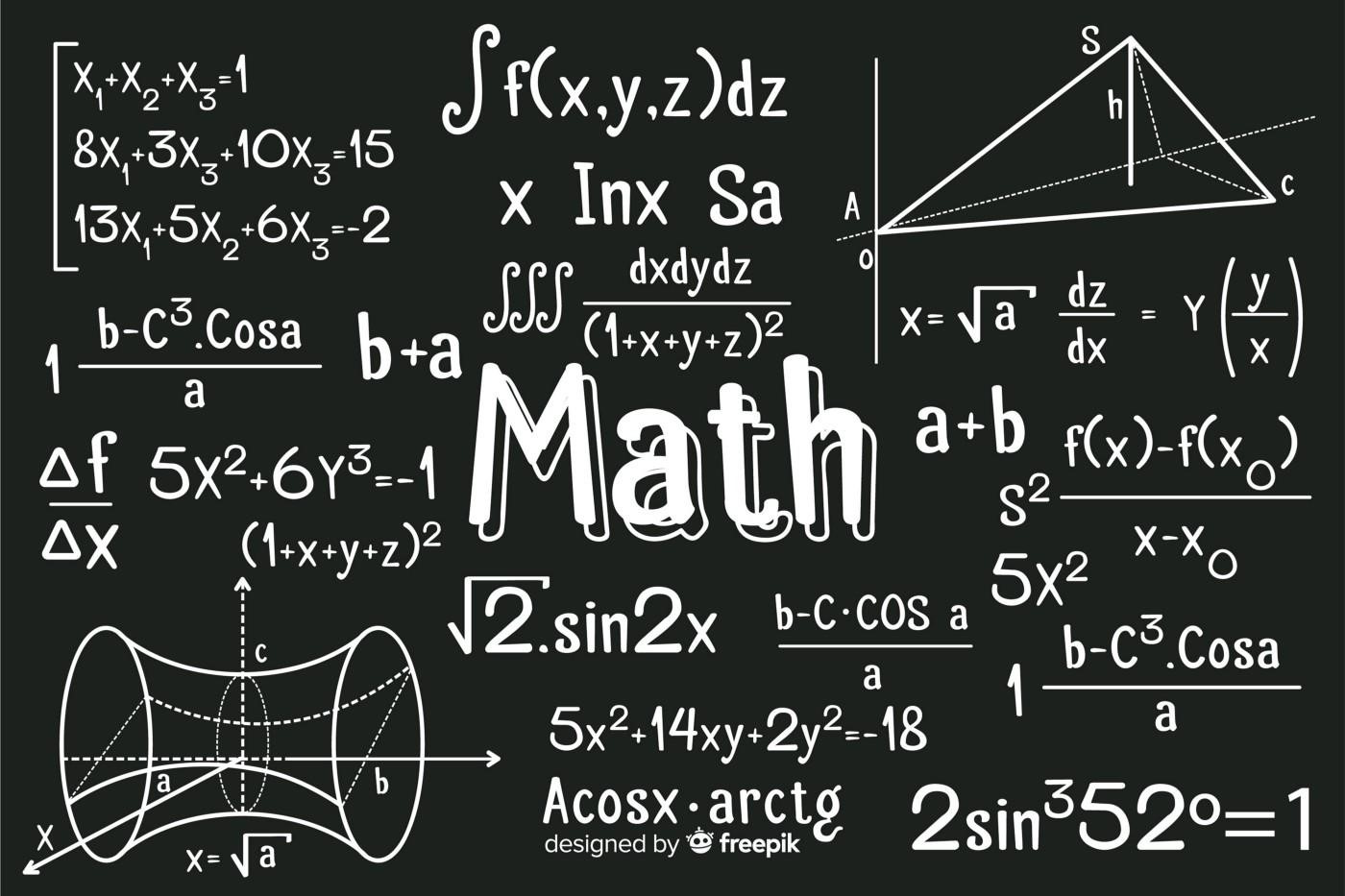 I try my best to push my 8 y/o further a tiny bit every day in this journey.

With no end or goal in mind. The idea is to have fun and learn along the way.

So, we had this conversation.

I:         Wow, you already know about “Inversion”. Let me tell you a little more about Inversion that I learned from Charlie Dadu. (We call Charlie Munger as Charlie Dadu 🙂)

And he ran away to play cricket.

Wow. My 8 y/o doesn’t even know what a powerful concept he unknowingly knows about at such a young age. And I am not going to forcefully tell him about Charlie Munger on this if he is not interested.

But it led me to think that we don’t give “Inversion” the attention it deserves.

I was reminded of this:

That’s not me, but the famous investor Mr. Ramesh Damani speaking at a conference. 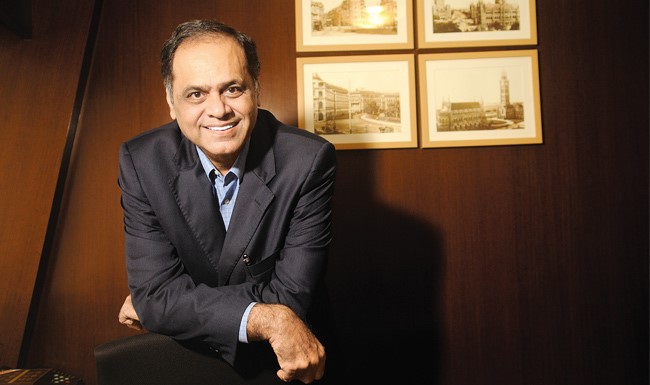 If you are short on time, you may go through this.

But trust me, investing 85 minutes on the weekend watching that recording is totally worth it.

The conference was titled, Indian Debt and Equity markets: Aligning India’s future together.

But this post is not about India. It’s neither about equity markets.

And it is also about why we should focus a lot more on inversion in life and investing.

I’ll come to the investing bit a little later.  First, let’s try and find out the origin of “Inversion”.

In Hindu mythology, I could find about “Inversion” in Bhagwad Geeta. 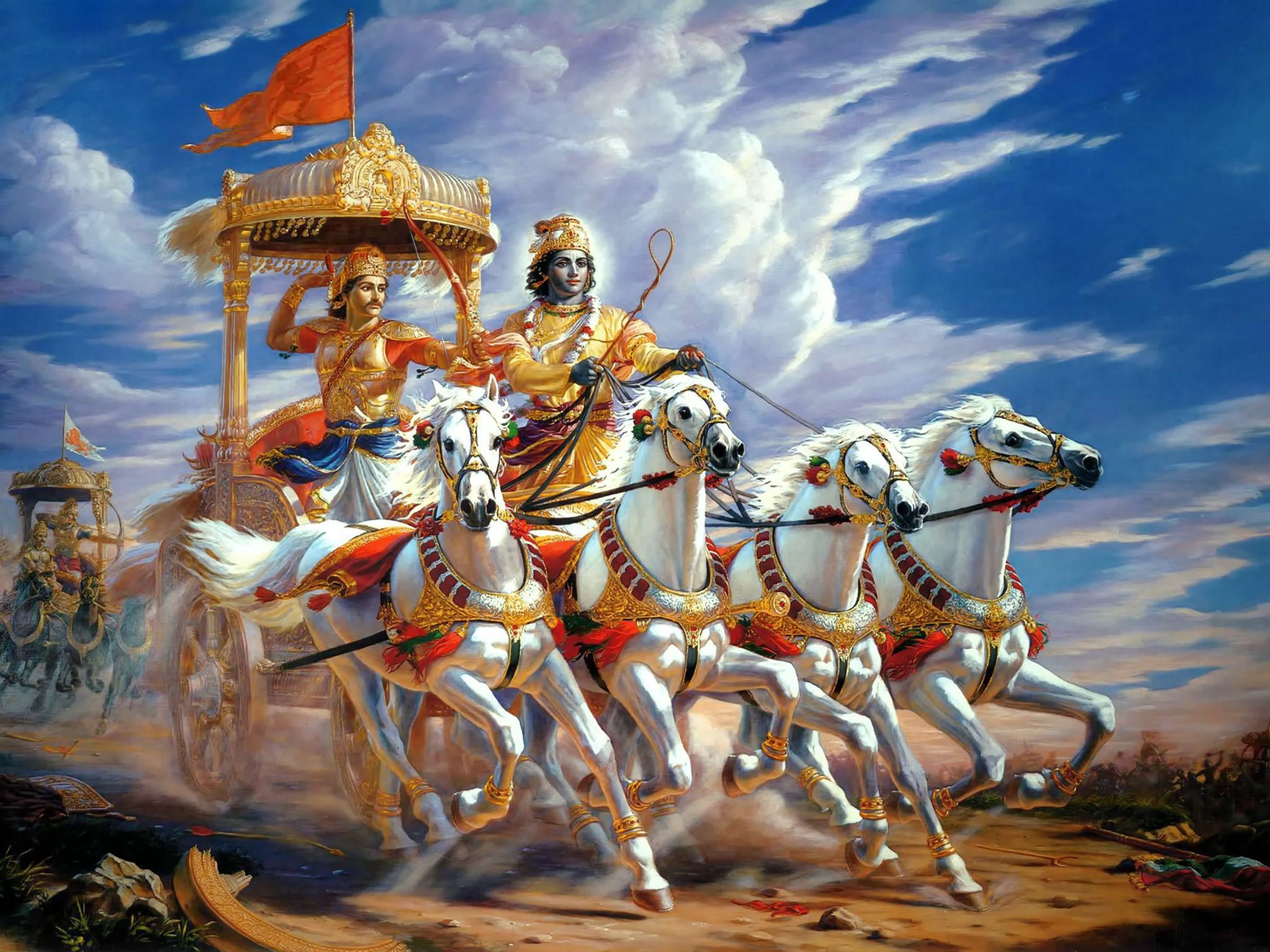 They speak of an eternal Asvattha rooted above and branching below whose leaves are the Vedas; he who knows it; is a Veda-knower. 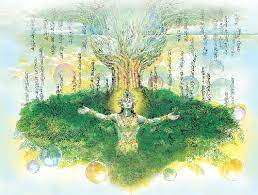 He says such is the nature of existence.

I am the root or the roots, of this tree called existence or the world. Brahma is the trunk, and then from him comes Prakriti with its various guṇas which are the branches and the sub-branches, etc. And such is the world. 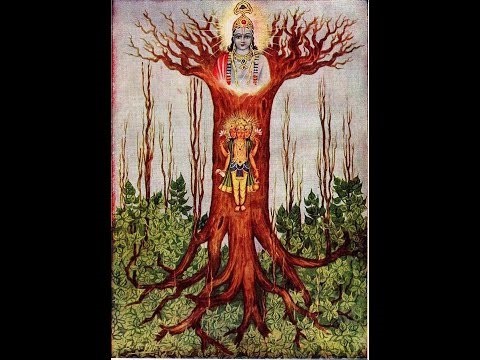 Acharya Prashant, an author, a teacher, and a vegan activist says here.

The purpose of life, the aim of all consciousness is to hack this tree down. “Hack it down using the Vedas as your support, as your axe, as your instrument. Otherwise, this tree is bondage. You will remain forever caged or entangled in it.” So that’s what he’s trying to tell us. All this that you see all around yourself is actually meant to be reduced to zero, in the sense that you need freedom from all of this.

Obviously even after you hack down the tree, the root will still remain. He says, “I am the root Arjuna, I will remain. But all else that you see does not necessarily need to remain. You can gain freedom, and you must strive for it.”

So, Truth is obviously not like the Peepal tree we see all around us, the usual Peepal tree in the jungle, ‘Ficus Religiosa’ as we call it. Truth is not even like an inverted Peepal tree. Truth really has nothing to do with our observations here. The observer himself is a deluded entity. How will his observation be anyway related to the Truth?

This is my favourite part:

Krishna is saying, “You will remain stupid, Arjuna! No, the foundation of the world is not in the earth, but in the sky. The roots of the real Peepal tree are in the sky. You are deluded!

So this is as far back as I could go in understanding life by looking backward.

Remember the thought I shared at the start?

So I know I went back quite a bit.

It’s not just Bhagwad Geeta and Hindu mythology, you can find traces of inversion everywhere.

Ancient philosophers such as Seneca, Marcus Aurelius, and Epictetus were early practitioners of a version of inversion thinking, also known as Stoics (AD 63-65). 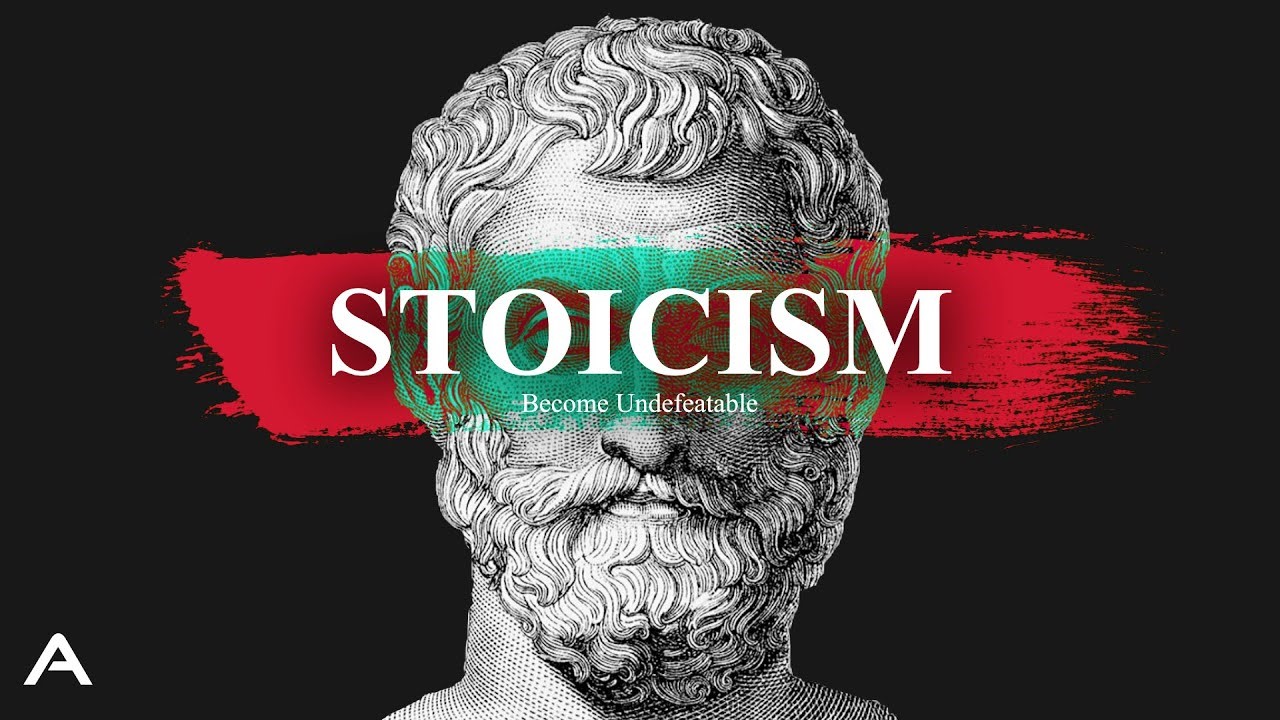 Simply speaking, think in advance of what wrong can happen. And once you know clearly about the worst-case scenario, you live life much more freely.

This technique asks us to use “prospective hindsight”.

You have to go into the future & analyze the past.

For an investor thinking today, “2-3 yrs out, how can this business go bust? And then come back from there to the current period.”

You may watch this 3 min video to understand it better.

We also used the premortem technique in analyzing the risks in a listed business here.

Then there was this German mathematician Carl Jacobi who said the famous three words:

Peter Bevelin wrote an awesome book with the above phrase as the title.

We learn more by examples than by theories. Hence, here are 15 such examples that will help you understand this even better.

So I have covered 6 versions of Inversion here.

Each of these 6 versions has its own dimension to the philosophy of “Inversion”. And I would believe all are correct.

But if you ask me to put my hand on my chest and pick only one of the six, I will choose Bhagwad Geeta.

But why Bhagwad Geeta? Why not anything else?

The answer is simple. Because it is far more broadened in its definition than any of the other 5 versions.

Speaking of broadening horizon, I am reminded of Yuval Noah Harari’s point in his masterpiece, “Sapiens: A brief history of humankind”

So why study history? Unlike physics or economics, history is not a means for making accurate predictions. We study history not to know the future but to widen our horizons, to understand that our present situation is neither natural nor inevitable and that we consequently have many more possibilities before us than we can imagine.

Our own Mr. Rakesh Jhunjhunwala, arguably the best investor in India, says this on horizons:

Only when you reach a horizon, you can see that there are so many more horizons. 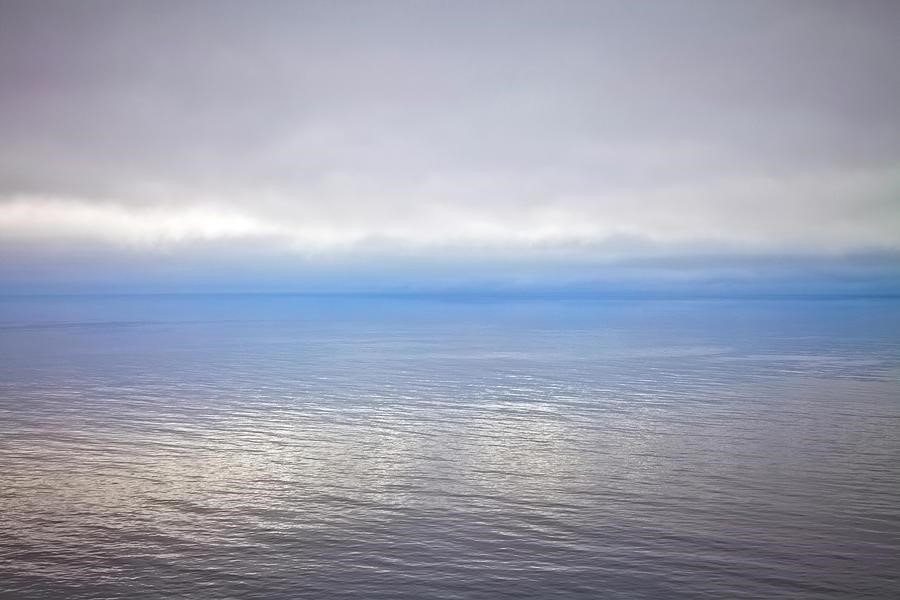 Now let’s look at the horizon of investing with the lens of the inverted peepal tree.

Ah! Now you realize that it’s an investing blog.

There were three parts of the inverted peepal tree in this order:

If you look at investing now.

The branches and the leaves are what we always see and discuss.

And what do we see and discuss?

The trunk is the path we walk on to achieve those returns.

We rarely go to the root.

The root of any type of investing or investor has to be nothing but this:

Knowing who you are and being at peace with it.

Probably this is the reason why the Inverted Peepal tree is there.

Your root takes you to the sky and not to the ground.

You need to liberate yourself and not cage yourself in investing.

And it’s not just investing, it is the same in the case of life as well.

Broaden your horizon and rise up the ladder of the Inverted Peepal Tree in life and in investing.

Morgan Housel writes in his masterpiece, Play Your Own Game:

Someone asked how my investment views have changed. I said I’m less judgemental about how other people invest than I used to be. At least half the people doing things with money you disagree with are playing a different game than you.

Do you know why he says that?

I believe he says that because knowingly or unknowingly he has climbed the inverted peepal tree of investing and is probably at the top.

He is not bothered about the leaves and the branches (how much returns are earned).

Neither does he think much about the trunk (how the returns are earned).

His only prerogative is playing his own game.

As that is what helps him liberate himself and reach the topmost level of the Inverted Peepal Tree. The roots.

Now I know why they say:

Stay true to your roots.

Roots in life and investing do not ask you to fall down and search for them beneath the ground.

The real roots are inverted and ask you to rise up and liberate yourself.