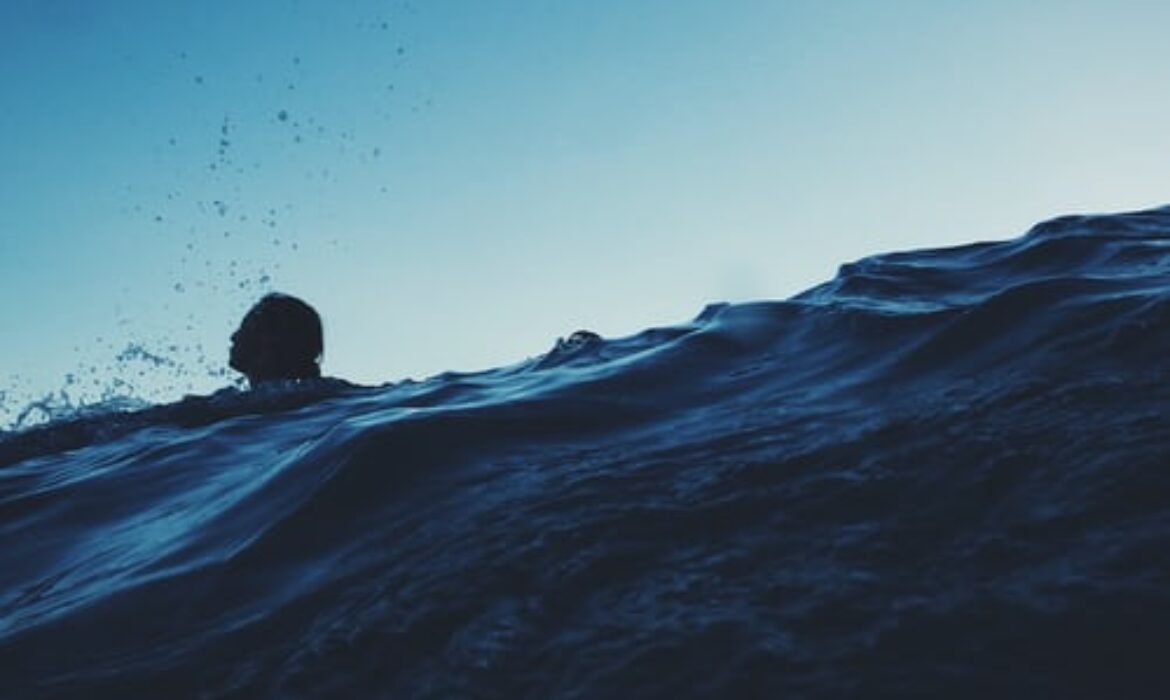 When my friend and colleague, Kartik read my old post, Survive to Thrive, he made some interesting observations.

Kartik: Ankit, while you have written about the art of survival in detail, you have not touched upon the thriving part at all in your post. Do you really want to say that only survival is necessary for achieving success as an investor or as a human being? Don’t you think there is more to it?

Me: That’s an interesting observation, Kartik. Survival is indeed the biggest requisite for any investor or for any human being, for that matter. But is survival really enough?   Never gave it a serious thought. Maybe, to boost myself in times of adversity I focus on the one thing and that is survival. And I still feel that maybe that’s right for that moment. But I think you have brought out an important point. Let me think a little more about this.

Kartik: Yes, Ankit! That’s precisely what I meant. I would have loved to read something more on the thriving part in your post even though I enjoyed the part of surviving.

That conversation with Kartik got me thinking. I just could not get that out of my head.

While going to bed.

While taking a shower.

While going for a walk.

While doing the dishes. (It’s lockdown you know! We are taking precautions 😊 )

I needed to get this out of my head. So I started reading and writing about it. This post is just about my thoughts and reflection on the conversation I had with Kartik.

I stumbled upon this mind-blowing post of Prof Sanjay Bakshi and found the below mentioned simple idea very intriguing: Isn’t this a great aim to have in life? Of not “Screwing up” and “get a few useful ideas”?

So, I re-read my post on “Survive to Thrive’ a few times. And I was convinced that:

Survival is a necessary but not a sufficient condition to Thrive.

Survival has more to do with “not screwing up”.  And to thrive, survival is indeed the first step. But you also need to have something more if you really need to thrive. And I think when I wrote about surviving in my earlier post, a part of me wrongfully assumed that just surviving over the long term would automatically lead to a generation of insights and new ideas.

This thought became clearer when Kartik raised that important point on thriving.

So now that we have more clarity on this subject, let’s look at thriving from a fresh angle.

Wikipedia puts it so neatly:

Thriving is a condition beyond mere survival, implying growth and positive development.

If you look at the above equation in investing parlance, the value of a business is also derived in a similar way:

There are some businesses that derive value from their Balance Sheet strength alone (past performance).

And then there are some businesses that derive value from the growth potential in earnings (expected future performance).

But the best businesses are those that derive value from both. The ones which have shown some really great performance in the past and also have all the potential to grow further in the future as well.

Let’s take an example. Nifty50 includes the top 50 largest and the strongest companies listed in the stock market of India.

Let’s take three companies from the Nifty50 for comparison.

Coal India has a market capitalization of Rs.76, 171 Cr trading at around 4 times earnings.

Bajaj Finance has a market capitalization of Rs.1,18,229 Cr trading at around 25 times earnings.

And, Nestle has a market capitalization of Rs. 1,55,714 Cr trading at around 77 times earnings.

Coal India is a company where the market apparently is not giving it any value for growth. All the value it is deriving is from its Balance Sheet. A company that has roughly around 34K Cr of Cash in its latest Balance Sheet is trading at a market cap of 76K Cr. This clearly shows that market believes that it may even lose the current strength of its Balance Sheet.

Bajaj Finance, on the other hand, is trading at a higher valuation multiple of 25 times earnings (despite a 50% fall from its recent highs due to the Covid-19 pandemic). Even though Bajaj Finance has one of the best Balance Sheets in its sector, it is not as strong as in the cases of Coal India or Nestle India. This has to do with the nature of the financial business which needs leverage on the Balance Sheet to grow. A higher multiple of valuations for Bajaj Finance thereby portrays that the market thinks there is a high growth potential for the company in the future.

Nestle is trading at a valuation of 77 times earnings. Even a widespread fall in the stock market due to the Covid-19 concerns did not let the valuation suffer any bit. The astronomical high valuation multiples for Nestle is primarily due to two reasons. One, the company has a solid, debt-free Balance Sheet with very high cash reserves to face any uncertainty or crisis. And secondly, even in uncertain times, the robust business model and the steady demand for its products make the future prospects of the company very bright.

So from the “Survival” point of view, probably all the three companies would not have any problem in the foreseeable future. However, we can clearly see that Nestle is one company that is thriving in the current environment.  And if we go by the share price movements of the last 1 year, it tells the same story.

Get our next stock analysis on WhatsApp.

We know that all three stocks are from different industries and the above is not an apple-to-apple comparison. However, you get the perspective as to:

Now that was regarding companies, how can we learn from the same concept as investors and benefit from this?

I know you have seen this equation umpteen times.

And I am also aware that you have been told by many investors that “n” is more important than “r” in the above equation signifying that if you survive for a long time as an investor, compounding will take care of you.

Today, I want to touch upon an aspect that generally gets ignored.

I think, if you just look at the equation as a mathematical statement, there are three variables (PV, r & n) which derive the Future Value (FV).

PV is the amount you invest.

r is the returns you generate over investments.

n is the amount of time you will be invested.

If you look closely, you have much more control over PV and n than over r as we all know returns on investments are never certain.

Now by increasing “n” you are basically implying a better survival rate.

But what we often ignore is the PV. The amount which you can invest over your lifetime.

PV is the variable that can help you thrive and where you have the most control. The quantum of PV is influenced by what you do in the present. “n” and “r” always rely on the future which is always uncertain.

We never know how many years of compounding we have in store for us.

We never know how much returns we will be able to generate.

But the more we invest today, the more we free ourselves from our dependence on the rate of return and the time period.

Of course, the longer we remain invested the higher the prospects of returns. However, you cannot ignore the fact that if you do not put enough money into your investment portfolio, even long periods may not fetch you a satisfactory sum.

Let’s look at the table below:

I have simply assumed that if one invests systematically in a fairly diversified Mutual Fund portfolio then the net of taxes and fund management fees, 9% return is a decent target to look at.

A closer look would reveal that the best option among all is the last one, Case 3.

And that can happen only if you have the combination of Survive and Thrive.

Thriving means being good at what you do.

As a professional investment manager, thriving means generating more returns. That would attract more people willing to put their money with you to manage.

However, thriving as a non-professional investor means being good at what you are and hence being able to sell your product or services at a premium rate.

Look at how Warren Buffett, arguably the greatest capital allocator in the world, compounded his capital. Sure, the high rate of return and long time period helped.

However, we often forget about the regular flow of capital available to him to invest due to his insurance and other ventures.

Buffett sure survived a long time. But he also thrived during that time. And that made all the difference.

Now we know that Buffett is on a different planet altogether. We cannot generalize his achievements.

But look around yourself, there are many people who give importance to this fact either consciously or serendipitously.

I know someone who had modest beginnings.

Lived a very frugal life all through.

Majority of education was on scholarship.

Worked on his way up on the corporate ladder slowly and steadily.

And from 2006 to 2016, during the peak of his corporate life, he consistently invested in MF through SIP.

Result: He saved enough for his son’s higher education abroad and also managed to take a voluntary retirement three years before it was due.

You can read about Mr. Narayanan Ayipuzha’s journey to financial freedom here.

There are many such stories around the world. All we have to do is look around and get inspired. So, surviving and thriving can go hand in hand if you have a plan and the will and discipline to execute it.

And if you are not convinced, let me briefly share a story of someone who has proved that if you thrive in what you do, you can really come out of the problem of survival fairly early in your life.

There is a person who calls himself “Fundamental Investor”. He became financially free at the very early age of 33.  He has inspired many investors to follow his path. You can read his blog here.

In one of his interviews here, he said this:

I believe that in the early phase of the career, one must be least bothered about the returns. Saving money “Regularly” should be the Key. “Investing” is important. In 2008, when the markets collapsed, I was in my 2nd year of saving mode. I continued investing in Mutual Funds, undeterred by what was going on globally. I worked hard, earned more, invested progressively, and stayed the course.

And I recall what Jeff Bezos says:

We can’t be in survival mode. We have to be in growth mode.

Facing and surviving a lot of deliveries as a cricket batsman is cool. But scoring more runs makes all the difference.

Featuring in many movies for a long time is great. But giving spectacular performances make all the difference.

Living a long life with your partner is awesome. But those few special moments make all the difference.

Investing for the long term is necessary. But earning more, saving more and investing more can make all the difference.

Which brings me back to my original premise,

Survival is a necessary but not a sufficient condition to Thrive.

Disclaimer: Stocks discussed in this post are for educational purposes. Please do not take it as a recommendation. Please read our terms and conditions.