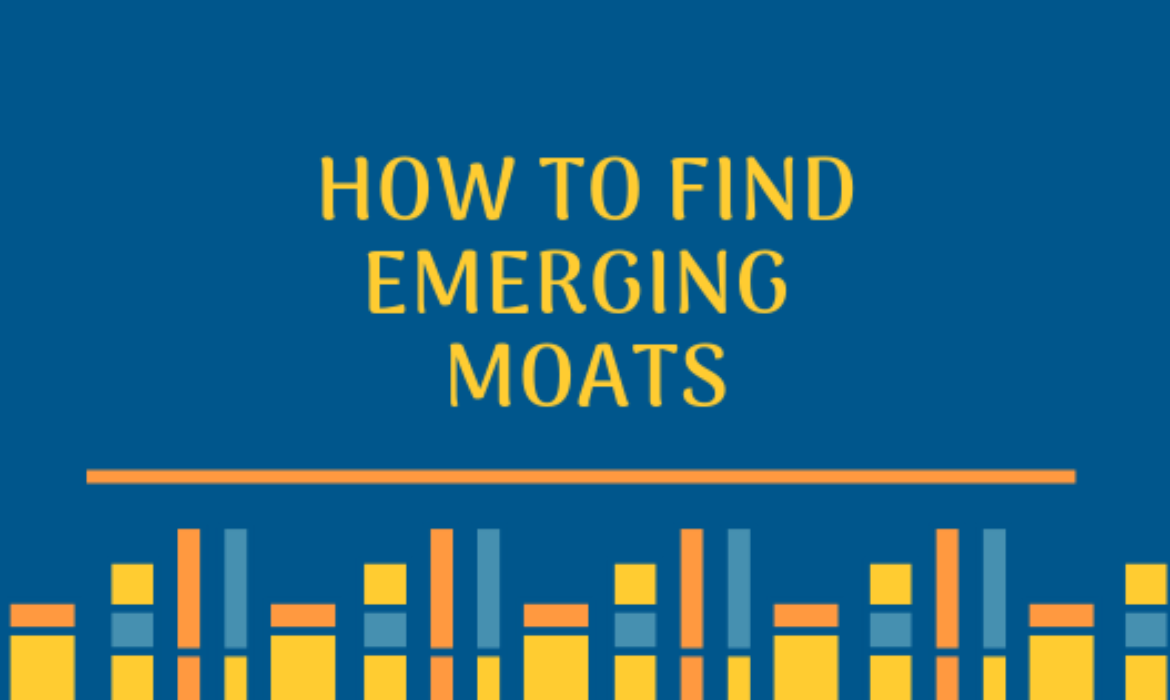 Prof Sanjay Bakshi needs no introduction to the value investment community of India. He has a big fan following across the globe.  Prof. Bakshi teaches a very popular course titled Behavioral Finance and Business Valuation to MBA students at Management Development Institute in Delhi, India. He has shared invaluable content on investing in stock market on his blog and youtube channel which can be a guide to anyone who is just starting up his investment career.  Recently, I came across a podcast of Prof. Bakshi, which gives away pearls of wisdom, especially for equity investors.

The podcast touches on the following:

I would highly recommend you to listen to this episode of The Investor Podcast by Preston Pysh and Stig Brodersen.

This post, however, focuses only on the point of locating an emerging moat for a business. In the subsequent posts in this series, we’ll look at examples of Indian listed companies from this emerging moat lens.

Investopedia, a popular website on investment education, describes the term moat as follows:

The term economic moat, popularized by Warren Buffett, refers to a business’ ability to maintain competitive advantages over its competitors in order to protect its long-term profits and market share from competing firms.

Prof. Bakshi breaks down the components of moat to simpler data points. He says —

…when you think of moat or competitive advantage, it has to show in numbers. If not now, eventually.

The quantitative markers which Prof Bakshi touched upon are explained in detail below:

The above points can act as a good quantitative checklist for evaluating a business. Professor then went on to explain how the investing around the world has evolved over the years from deep-value investing to investing in high quality businesses which have a strong competitive advantages. Hence the above data points can easily be pulled out from multiple database available to an investor. This results in too many people looking for the same set of businesses. This drives up the prices of these companies so much that there is hardly any margin of safety. Hence, the future returns on these businesses would not be exciting for an investor.

This makes a case of why you should rather focus on finding emerging moats. So, as an investor, you need to identify businesses which are generating may be a low or average ROIC today. But they have the potential to generate high ROIC in the future.  These businesses, which inherently have the moat characteristics, would not show up in any financial database as the earnings in the near term will be depressed. An investor cannot solely depend upon the quantitative metrics to find these emerging moats. But the advantage of finding them early is that you may get them at an attractive price as not many are looking at them. And as it is going to become a moat in the future, eventually it will reflect in numbers and investors will recognize it.

Now how do you find these emerging moats?

Prof Bakshi outlines an important set of patterns to look at:

With the above patterns in mind, you may have an advantage over others. When the whole market is focused on the current financial performance, having a long term view of how the company might be looking, three to five years from now, will truly make you stand apart. Reminds me of the famous quote by Walter Gretzky:

I skate to where the puck is going to be, not to where it has been.

In the end, I would just like to caution you against over-optimism. All the four patterns which Prof Bakshi has mentioned in the podcast require strong commitment, capability and desire from the management for execution. For one moated business there are hundreds which appear to be moated but are not. However, the above mentioned patterns may create an edge for an investor who is willing to wait for the company’s story to be played in the future. So, first you need your analytical mind to find out such companies from the stack of thousands of listed companies. And, then you must have a temperament to hold on to these stocks when market continues to look at near term earnings and punish their price.

And that is easier said than done.

In subsequent posts, we would try to look at some of the businesses in the listed universe of India and see if they show any of the patterns above.